Nashville has been blessed with my presence and I’ve taken Texas out for a drink or two. Now I’m no country music connoisseur, per se, but a quick Google search for “Looking for Love” brought up this finely aged video by American country music singer, Johnny Lee.

I personally don’t recall hearing this song before, however, I’m sure it probably seeped into my brain while devouring smothered hash browns at a Waffle House back in my east coast days. In a very A.D.D.-like manner, I quickly latched onto literally the third line of the song, “Playin’ a fool’s game and hoping to win.” It felt like this dude was singing about me and my house hunting journey, which goes as follows:

Around the time that I finally started to look for a house, I was living in Venice Beach. It had been my home for close to 10 years. I loved the neighborhood, the friends I had made, my two minute bike ride to work and obviously, the beach. When I moved to Venice, it had already began to gentrify. After GQ dubbed Abbot Kinney the “Coolest Block in America” in March of 2012, my imminent departure began.

Leaving Venice was not solely by choice but partially due to the constant increase of rent and essentially the neighborhood becoming too expensive (now also called Silicon Beach due to the party wave of tech companies flooding Dog Town.) It was time to try and hold on to the money I had left rather than throw the rest away on hype-inflated rent. I began “lookin’ for love” but quickly realized that I couldn’t afford to buy a house anywhere I wanted to live, or condo for that matter (which is never a great deal in my opinion, but more about that another time.)

After months of searching, I had been “run-out” of Venice, out of the West Side, passed the 405 freeway and South of the 10. That’s where I met my dear, Inglewood.

“Darlin’,” she replied, “they call me Inglewood. It’s nice to meet ya.”

I blushed, tipped my hat, and we rode off into the sunset.

By dreaming a bit too grand, not realizing the reality of what was affordable and not considering the benefits of moving somewhere that has room to grow, I consequently missed out on rapidly appreciating homes in Inglewood. By the time I finally decided to look in this neighborhood, the prices had already began to boom. Luckily, I managed to rope me a diamond in the rough before it got away.

Don’t “play a fools game.” Know when you’re shooting out of your league so can better your efforts in a more realistic market. 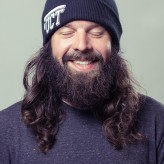 Eric is a young “30-something” Creative Director living in Los Angeles, California. He’s a self proclaimed handyman who’s built more then and apartments-worth of stuff that hasn’t fallen apart yet. When not fixing / building / painting / sanding / hanging / wiring something in his newly purchased Inglewood home, Eric is probably working on his 70’s era motorcycle while wishing he were riding it.

We use cookies to ensure that we give you the best experience on our website. If you continue to use this site we will assume that you are happy with it.Ok